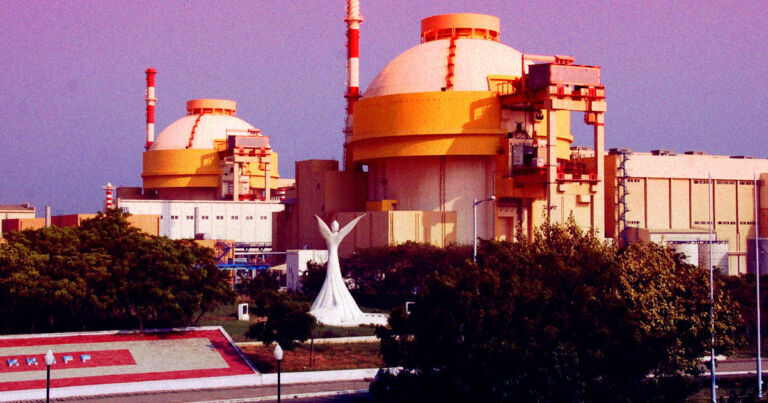 If a tsunami were to strike the northern Arabian Sea, it could seriously reshape the coastlines of both India and Pakistan, a new study suggests.

That’s bad enough on its own, but a tsunami would put more than just the people living in the area at risk. Both countries operate nuclear power plants along the coastline, SciDev.Net reports, meaning that without new coastal infrastructure, all of them would be vulnerable to a major tsunami in the area — the same type of disaster that caused Japan’s Fukushima Daiichi meltdown in 2011.

The tsunami risks along India’s east coast are well-documented, but the west coast was something of a blind spot until the scientists, hailing from a mix of Indian research centers, took stock. Their research, published this month in the journal Pure and Applied Geophysics, reveals that seismic activity in the Arabian Sea would cause far more damage than expected.

“Siting nuclear reactors in areas prone to natural disasters is not very wise,” M.V. Ramana, a global affairs expert at the University of British Columbia who didn’t work on the study, told SciDev.Net.

The researchers found that safety measures like seawalls might protect the plants but make them less economically viable, putting developers in a sticky situation.

“All nuclear plants can be subject to severe accidents due to purely internal causes,” Ramana told SciDev, “but natural disasters like earthquakes, tsunamis, hurricanes, and storm surges make accidents more likely because they cause stresses on the reactor that could lead to some failures while simultaneously disabling one or more safety systems.”