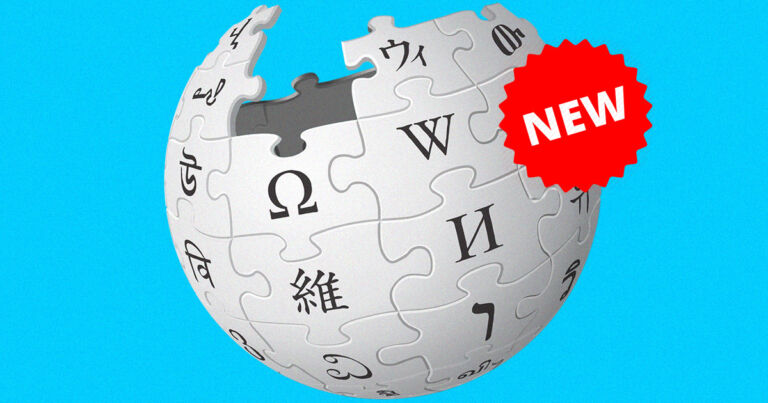 For the first time in a decade, Wikipedia is getting a makeover.

Many major website redesigns have been famously unpopular, and Wikipedia’s current layout is more intuitive than most. But the Wikimedia Foundation wants to change its appearance to not only appear more modern, according to the Wikimedia blog, but also to be less daunting to new internet users who are encountering the site for the first time.

For the most part, Wikipedia’s parent organization swears that it’ll maintain its iconic wiki look. But it will get some updates that will make the website easier to use for those who didn’t grow up already doing so.

“We want to create an experience that feels similar to our long-time users,” reads the blog, “yet straightforward and intuitive for new folks.”

To that effect, the first changes, like a collapsible sidebar for the menu of topics included in a given article or narrower lines of text, are fairly minor.

But, down the road, more substantial changes could appear, bringing what the Wikimedia Foundation sees as a long-overdue coat of paint to one of the most well-known sites on the internet.

READ MORE: Wikipedia is getting a new look for the first time in 10 years. Here’s why. [Wikimedia]