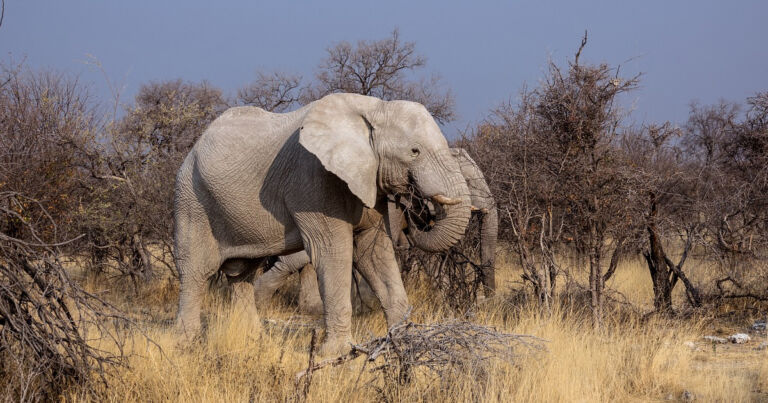 Earlier this year, conservationists in Botswana came across something gruesome: hundreds of elephants were dropping dead — and details are slowly emerging about the horrific scene.

Two flights over the Okavango Panhandle, a lush river delta, confirmed that about 356 elephants had mysteriously died, as The New York Times reported at the time. They could rule out poachers, as all their tusks were still intact.

“Elephants began dying in huge numbers in early May and the government would normally respond within days to an event of this scale,” director of conservation group National Park Rescue, Mark Hiley, told the Associated Press in July. “Yet here we are, months later, with no testing completed and with no more information than we had at the start.”

Hiley also called it “one of the biggest disasters to impact elephants this century, and right in the middle of one of Africa’s top tourism destinations.”

The bacteria can grow naturally in standing water. Given enough time, they can bloom into algae on a larger scale. Scientists warn that climate change could end up making these events more likely in the future.

“Our latest tests have detected cyanobacterial neurotoxins to be the cause of deaths,” Department of Wildlife and National Parks’ Principal Veterinary Officer Mmadi Reuben told reporters on Monday, as quoted by the BBC.

Reuben also noted that those puddles likely dried up towards the end of June.

“We have many questions still to be answered such as why the elephants only and why that area only,” Reuben added. “We have a number of hypotheses we are investigating.”

More on elephants: US Quietly Allows Import of Some Elephant Trophies