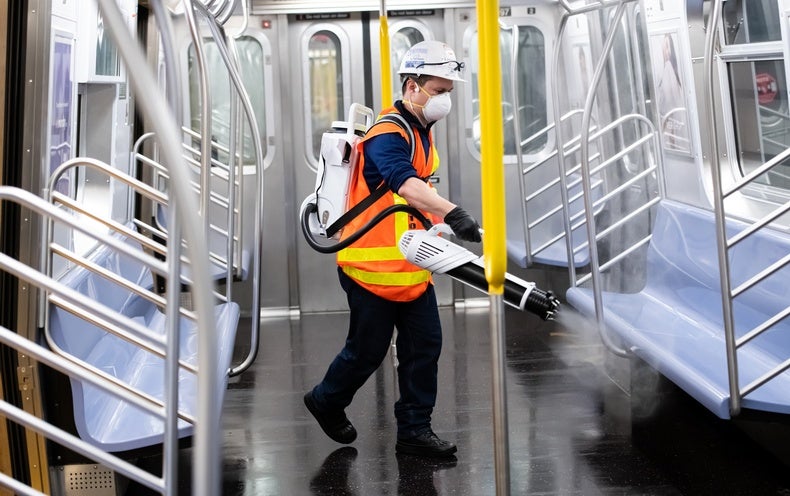 The items below are highlights from the free newsletter, “Smart, useful, science stuff about COVID-19.” To receive newsletter issues daily in your inbox, sign up here. Please consider a monthly contribution to support this newsletter.

Aerosols — those light, microscopic, drifting droplets that we release when we talk and that can contain SARS-CoV-2 — were responsible for about 60 percent of new infections in the January outbreak of the virus on the Diamond Princess cruise ship, according to a new study covered by Benedict Carey and James Glanz at The New York Times (7/30/20). A University of Leicester respiratory scientist quoted in the piece says the study is the first of which is aware to “formally compare” the widely noted routes for transmitting the virus. The study has not yet been assessed by outside experts for flaws. If confirmed, the findings hold implications for stronger indoor ventilation and filtration, as well as for the wearing of “good-quality masks — “standard surgical masks, or cloth masks with multiple layers rather than just one,” the story states.

More broadly, Virginia Tech aerosols expert Linsey Marr has written an important essay for the New York Times (7/30/20) about the uncertainties surrounding the spread of SARS-CoV-2 in the air. The headline distills the essay’s point: “Yes, the Coronavirus Is in the Air.” “Close-range transmission” by our release of smaller, drifting droplets is significant, “possibly more” than “direct droplet spray,” she writes. Bottom line: Stay at least 1-2 meters apart from others. Ventilate indoor air. Mask.

By now, it seems that ventilation research and innovations in indoor-air quality could prove key to restoring many sectors of society affected by the pandemic. So, I was interested when Ben Stein at the U.S. National institute of Standards and Technology (NIST) recently referred me to information about a tool that could help with efforts to control the indoor-air concentration of SARS-CoV-2. In a press release, NIST states that it has developed an online tool that can model indoor-air movement and the concentration of tiny, floating particles (aerosols) that can contain SARS-CoV-2 and other viruses, such as influenza. The tool can help building managers and engineers “evaluate their options for reducing occupant exposure to the novel coronavirus,” according to a 6/11/20 press release. Users must enter information about a room’s geometry, ventilation rates, air-filter efficiencies, and any portable air-cleaners, the release states.

Also, don’t skip the flu vaccine this fall, writes Robert Roy Britt for Medium’s Elemental (7/27/20). It is possible to catch the flu and SARS-CoV-2 at once, and that double-hit increases the chances of a severe illness, hospitalization, treatment in an intensive-care unit and being put on a ventilator, the story states. Flu infections weaken cells in our nasal passages and throat (pharynx, larynx and trachea) “that would normally sweep” away other bacteria and viruses, according to the story, leaving us vulnerable to the new coronavirus. Other than some rare exceptions, the U.S. Centers for Disease Control (CDC) recommends that everyone six months and older get the flu vaccine — and that was before the pandemic. “Getting a flu vaccine this fall will be more important than ever,” the CDC’s web site now reads.

Deep cleaning in hospitals is scientifically justified, but such “hygiene theater” in other settings is not, and it “can take limited resources away from more important goals,” writes Derek Thompson at The Atlantic (7/27/20). (He mentions goals such as distributing masks and public-service-announcement campaigns about distancing.) The surface transmission that deep-cleaning addresses is not the main way the virus spreads, according to the U.S. Centers for Disease Control. Similarly, Thompson’s story quotes a Rutgers New Jersey Medical School microbiologist who goes farther, saying that surface transmission of the virus is “not justified at all by the science.” Studies publicized in March that indicated the duration of SARS-CoV-2 on various surfaces such as paper and metal “were based on unrealistically strong concentrations of the virus…as many as 100 people would need to sneeze on the same area of a table to mimic some of their experimental conditions,” the microbiologist reportedly told Thompson. Thompson writes: “As long as people wear masks and don’t lick one another, New York’s subway-germ panic seems irrational.”

Similarly, Maxine Joselow for E&E News reports that little evidence supports concerns that mass transit poses a high risk for sparking major SARS-CoV-2 outbreaks. Studies of coronavirus clusters in Paris and in Japan either found very few clusters or no clusters originating in those cities’ transit systems, the story states. “Both mask wearing and physical distancing — or keeping 6 feet apart from fellow passengers — are the most important considerations” in terms of spreading SARS-CoV-2 on public transit, not “cleaning and disinfecting surfaces,” a George Washington University epidemiologist is quoted as saying in the story (published at Scientific American, 7/28/20).

A 7/27/20 essay in The Nation by science journalist Sonia Shah, author of the 2016 book “Pandemic: Tracking Contagions, from Cholera to Ebola and Beyond,” argues that society should change how it thinks about contagions or epidemics. The standard story is that the new coronavirus is an an external force engaging in an “alien invasion” of humans; it’s an “invisible enemy” attacking us, a passive population for whom the only option is a purely biomedical solutions such as treatments and vaccines. Shah instead suggests that that we are the invaders, and the virus is “a creature of our own making.” If we can recognize that contagions are also dynamic social phenomena, she writes, we could re-conceive good health not as “the absence of pathogenic contamination,” but as “a complex latticework linking the health of livestock, wildlife, and ecosystems to the health of our communities.”

Here are some takeaways from Caroline Chen’s excellent guide to interpreting grim, regional tallies and simple statistics related to the COVID-19 pandemic (graphics by Ash Ngu): Look at case counts, positivity rates, death counts, seven-day averages (not single day numbers), and then the big picture. (The latter recommendation should help you avoid nitpicking disputes.) Rising and falling case counts can be only useful figures, but only if “enough people” are being tested, according to a Boston University (BU) epidemiologist quoted in the story. If that’s not the case, look at “positivity rates,” which show the percentage of positive tests among all tests performed. A positivity rate higher than 5 percent suggests that “only sicker people have access to tests and a city or region is missing mild or asymptomatic cases,” the story states. Look at deaths because it’s the bottom line and also shows the burden on the health care system and the public’s mental health, according to sources in the piece. Also, drops in fatality rates are not indicators that a disease has become less deadly, the BU epidemiologist explains. (ProPublica, 7/21/20).

You might enjoy this essay, “Small talk in 1348,” by Teddy Wayne, in The New Yorker.