European aerospace corporation Airbus has come up with three airplane designs that rely on hydrogen power — rather than polluting aviation-grade kerosene.

The concepts, collectively known as “ZEROe,” are part of the company’s efforts to bring the first zero-carbon commercial jet into service by 2035, Bloomberg reports.

One design is designed to carry up to 200 passengers with a range of 2,000 nautical miles. The design includes a hydrogen-powered turbofan, which is spun by a modified gas-turbine engine. Liquid hydrogen would be stored and distributed via tanks in the back of the plane. 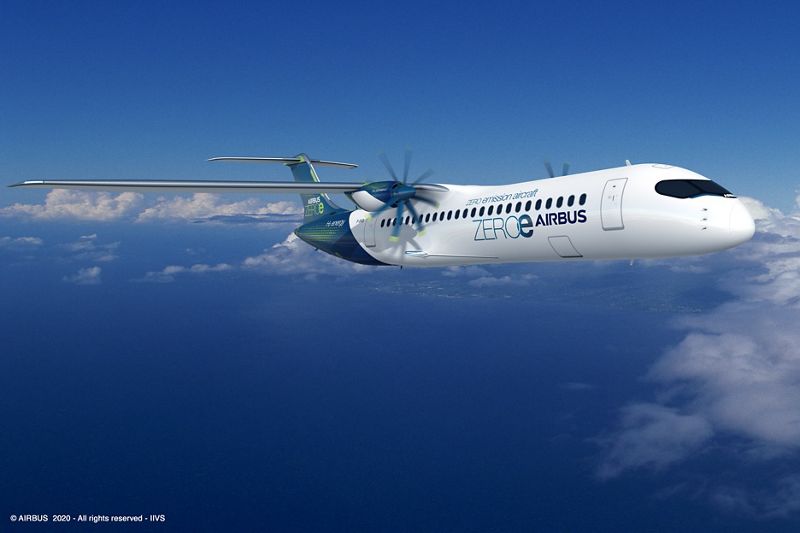 The second design, meant for up to 100 passengers, uses a turboprop engine, also running on hydrogen. It’s meant for short-haul trips, covering 1,000 nautical miles or so. 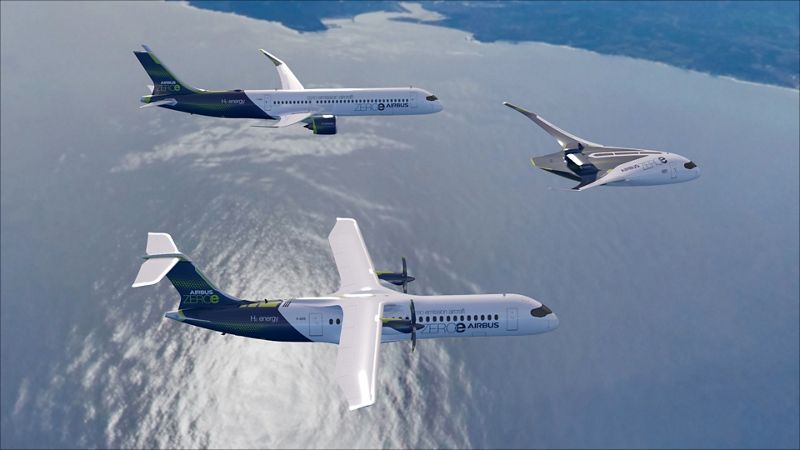 A third — the most out-there among the three — is designed to seat 200 passengers. The concept merges the wings with the main body, creating a massive open space. “The exceptionally wide fuselage opens up multiple options for hydrogen storage and distribution, and for cabin layout,” an Airbus statement reads.

Airbus is hoping to drum up excitement around the idea of powering the planes of tomorrow using hydrogen gas. “The transition to hydrogen, as the primary power source for these concept planes, will require decisive action from the entire aviation ecosystem,” Airbus CEO Guillaume Faury said in the statement.

“I strongly believe that the use of hydrogen — both in synthetic fuels and as a primary power source for commercial aircraft — has the potential to significantly reduce aviation’s climate impact,” he added.

Plenty of work still needs to be done to make that a reality. For instance, airports would have to invest significantly to install the needed hydrogen transport and refueling infrastructure — if the idea ever matures beyond the conceptual stage.

More on hydrogen: Founder of Tesla Competitor Nikola Steps Down Amid Fraud Scandal